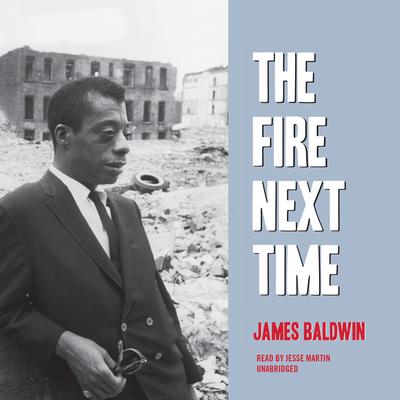 The Fire Next Time

At once a powerful evocation of his early life in Harlem and a disturbing examination of the consequences of racial injustice to both the individual and the body politic, James Baldwin galvanized the nation in the early days of the civil rights movement with his eloquent manifesto. The Fire Next Time stands as one of the essential works of our literature.

An Esquire Magazine Pick of Books to Learn about Racism

A Huffington Post Pick of Adult Books about Anti-Racism

A BookRiot Pick of the Best Short Nonfiction in Audio

A Goop Pick of Anti-Racism Books

An Electric Literature Pick of Books That Celebrate the Legacy of Martin Luther King, Jr.

A BuzzFeed Books Pick of Essential Books about Anti-Racism

A Shondaland Pick of Best Books for Black History Month

An Indie Next Recommendation

At once a powerful evocation of his early life in Harlem and a disturbing examination of the consequences of racial injustice to both the individual and the body politic, James Baldwin galvanized the nation in the early days of the civil rights movement with his eloquent manifesto. The Fire Next Time stands as one of the essential works of our literature.

“Basically the finest essay I’ve ever read…Baldwin refused to hold anyone’s hand. He was both direct and beautiful all at once. He did not seem to write to convince you. He wrote beyond you.” —Ta-Nehisi Coates, #1 New York Times bestselling author
“Actor Jesse L. Martin effectively re-creates the tone and tenor of the author’s view of America at the beginning of the 1960s. Martin chooses to eschew accents and flowery modulations and sticks to the story…Most striking is Baldwin’s reference to Robert Kennedy’s prediction that a black man would become the nation’s president sometime in the next forty years.” —AudioFile
“So eloquent in its passion and so scorching in its candor that it is bound to unsettle any reader.” —The Atlantic
“The Fire Next Time is ultimately a hopeful and healing essay…Baldwin clearly paid in sweat and shame for every word in this text. What’s incredible is that he managed to keep his cool.” —Amazon.com
“Part memoir of a Harlem childhood and part examination of racial injustice. James Baldwin gave voice to the growing Civil Rights Movement…This book will increase your awareness, empathy, and conviction that something drastic must be done.” —BookRiot
“For such a famous book, it may surprise some to realize that The Fire Next Time contains only two essays…The first essay is a letter to Baldwin’s 14-year-old nephew, and it explores how race has shaped America’s ugly, brutal history. The second is an examination of the interplay between race and religion, particularly the black Christian church and the fast-spreading Islamic movement at the time.” —Shondaland

James Baldwin (1924–1987), acclaimed New York Times bestselling author, was educated in New York. His first novel, Go Tell It on the Mountain, received excellent reviews and was immediately recognized as establishing a profound and permanent new voice in American letters. The appearance of The Fire Next Time in 1963, just as the civil rights movement was exploding across the American South, galvanized the nation and continues to reverberate as perhaps the most prophetic and defining statement ever written of the continuing costs of Americans’ refusal to face their own history. It became a national bestseller, and Baldwin was featured on the cover of Time. The next year, he was made a member of the National Institute of Arts and Letters and collaborated with the photographer Richard Avedon on Nothing Personal, a series of portraits of America intended as a eulogy for the slain Medger Evers. His other collaborations include A Rap on Race with Margaret Mead and A Dialogue with the poet–activist Nikki Giovanni. He also adapted Alex Haley’s The Autobiography of Malcolm X into One Day When I Was Lost. He was made a commander of the French Legion of Honor a year before his death, one honor among many he achieved in his life.