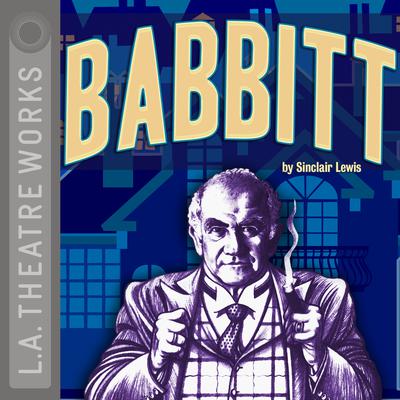 By Sinclair Lewis
Read by a full cast

With an all-star cast including Stacy Keach, Helen Hunt, Edward Asner, Ted Danson, and Richard Dreyfuss, this epic tale of the booming 1920s uniquely captures the relentless culture of American business. Babbitt is a true classic about conformity in small town America—celebrated for its comic tone, satire, and vivid dialogue. The play is based on Sinclair Lewis’ novel, first published in 1922.

Harry Sinclair Lewis (1885–1951), the son of a country doctor, was born in Sauk Centre, Minnesota. He attended Yale University, where he was editor of the literary magazine, and graduated in 1907. After a few of his stories had appeared in magazines and his first novel, Our Mr. Wrenn (1914), had been published, he was able to write full time. He was awarded the 1926 Pulitzer Prize for Arrowsmith (1925) but refused to accept the honor. However, he accepted the Nobel Prize awarded him in 1930. He was the first American to win the Nobel Prize for Literature.