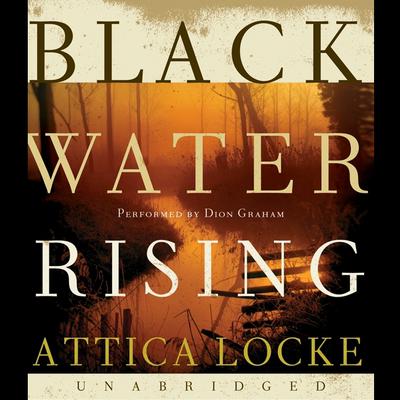 Selected for the 2010 Orange Prize Shortlist

A 2009 Booklist Best Book for a Debut Crime Novel

Attica Locke—a writer and producer of FOX’s Empire—delivers an engrossing, complex, and cinematic thriller about crime and racial justice

“Subtle and compelling.” —New York Times
“Locke deftly moves between past and present action…[putting] her in the company of master thriller writers such as Dennis Lehane or Scott Turow…Attica Locke [is] a writer wise beyond her years.” —Los Angeles Times
“Locke, a screenwriter with both film and TV credits (including a forthcoming HBO miniseries about the civil rights movement) steers a gritty drama to a satisfying end…Locke remains an author to watch.” —Publishers Weekly
“Black Water Rising is a stylish, involving literary thriller with a strong emphasis on human politics and character. An auspicious debut from Attica Locke.” —George Pelecanos, author of The Turnaround
“Locke shines…this is a rare occasion where the hype is deserved…Locke seamlessly weaves history, suspense, and passion in this promising tale that will linger long after this season.” —Essence
“Black Water Rising [is] a strong and whip-smart debut from Attica Locke. Set in the author’s native Houston, it’s both a compelling mystery and a sharp, literate portrait of the social layers within that city’s black community.” —Seattle Times
“First-novelist Locke presents a searing portrait of a man struggling to reconcile the bitterness of his life experiences with the idealism of his convictions. Like Dennis Lehane, she skillfully deploys the conventions of the thriller while also presenting biting social commentary, a sure sense of place, and soulful characters.” —Booklist
“Locke expertly etches a portrait of her anxiety-ridden protagonist, and she animates the complex plot with the assurance of a practiced screenwriter.” —Kirkus Reviews

Attica Locke is the author of Pleasantville, which won the 2016 Harper Lee Prize for Legal Fiction and was long-listed for the Bailey’s Prize for Women’s Fiction; Bluebird, Bluebird, which won the Edgar Award; and The Cutting Season, a national bestseller and the winner of the Ernest Gaines Award for Literary Excellence. She has been a writer and producer on the Fox drama Empire.