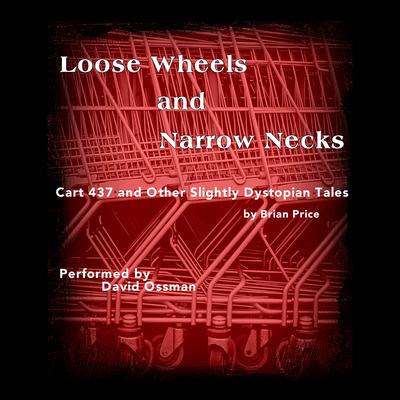 Over the years while writing, directing, and acting at radio theater workshops and in the Mark Time Radio show performances at Minneapolis’ CONvergence science fiction conventions, Brian Price and David Stearns found that they shared a love for classic Beat poetry, Lord Buckley, and prose poems, so they started doing some of their own. This is a collection of their unique hybrid of humor, music, character, and performance.

Brian Price has been working in audio theater and production for over thirty-five years. He has written, directed, and adapted for groups such as Native Voices at the Autry, the Grist Mill, and the National Audio Theatre Festivals. He and his Great Northern Audio Theatre partner, Jerry Stearns, wrote and produced eighteen years of the Mark Time Awards Radio Show and were awarded an Audie Award in 2017 for Best Audio Drama for their full-length drama In the Embers. They also hold a Norman Corwin Award for Lifetime Achievement in Audio Theater.