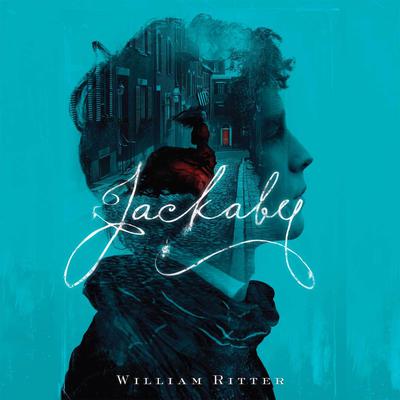 Doctor Who meets Sherlock in this story of a detective of the paranormal as seen through the eyes of his adventurous and intelligent assistant. Brimming with cheeky humor and a dose of the macabre.

Doctor Who meets Sherlock in this story of a detective of the paranormal as seen through the eyes of his adventurous and intelligent assistant. Brimming with cheeky humor and a dose of the macabre.

“Ritter’s debut skillfully blends science with the supernatural and balances whimsy with violence. The smartly paced plot wraps up neatly, but the rich world of this debut demands sequels.” —Kirkus Reviews (starred review)
“Smooth writing and inventive…background touches (like Jackaby’s tenants and pocket contents) characterize this supernatural riff on the typical Sherlockian murder mystery.” —Booklist
“Toss together an alternate nineteenth-century New England city, a strong tradition of Sherlockian pastiche, and one seriously ugly hat, and this lighthearted and assured debut emerges, all action and quirk.” —Publishers Weekly
“Fans of Jonathan Stroud’s The Screaming Staircase will appreciate Ritter’s initial foray into the realm of supernatural…Avid lovers of fantasy will enjoy this quick read.” —School Library Journal
“Narrator Nicola Barber introduces listeners to Ritter’s paranormal investigative team, R. F. Jackaby and his new assistant, Abigail Rook. They dog the footsteps of a serial killer who racks up an unsettling number of victims. In a race against time, Jackaby pits his encyclopedic knowledge against the killer’s insatiable need for blood. Barber’s narration illuminates Ritter’s motley characters—from the enigmatic Jackaby to a banshee and a hospitable ghost…[in] this intriguing series opener.” —AudioFile

William Ritter’s was born either in a series of mysterious Catacombs in Malta or in a nondescript town in Oregon, depending on who you ask. His parents, it can be confirmed, raised him to value intelligence, creativity, and individuality. When reading aloud, they always did the voices. At the University of Oregon, William made questionable choices, including willfully selecting classes for the interesting stories they promised rather than for any practical application. When he wasn’t frivolously playing with words, he earned credits in such meaningful courses as trampoline, juggling, and seventeenth century Italian Longsword. These dubious decisions notwithstanding, he regrets nothing and now holds degrees in English and education with certificates in creative writing and folklore. He currently teaches high school language arts, including reading and writing, mythology and heroes. He is a proud husband and father. When reading aloud, he always does the voices.